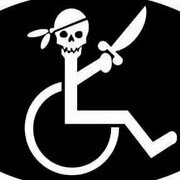 Is AP even useful anymore at Tier 10?

By MrHumpty_Dumpty, January 24, 2020 in General Discussions

37 comments in this topic