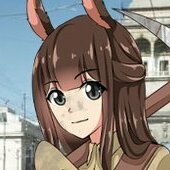 Puerto Rico grind: Everything we know about it so far (Spreadsheet+ info Summary)

By Adorable_Llama, December 12, 2019 in General Discussions