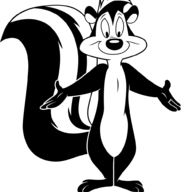 Has the Mogami been nerfed?

By SidTheKnife, December 2, 2019 in General Discussions