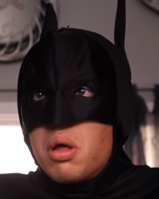 When is the next transfers? - NA to SEA

By DUCKY_xXx_ROX_xXx_, November 2, 2019 in General Discussions

61 comments in this topic