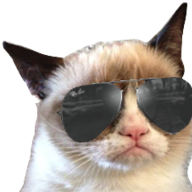 What is the lowest win rate of a ship besides zero have you ever seen?

By PbKavarovsky, September 20, 2019 in General Discussions

43 comments in this topic