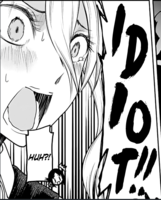 Did WG really do something about those bot or just keep talking?

By ENEMIES_TEARS, September 9, 2019 in General Discussions