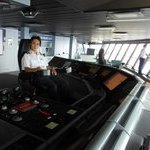 The Bias is Real

By Robby_Hermanto, May 12, 2019 in General Discussions