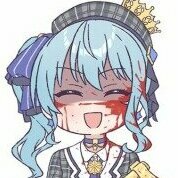 suggestions My few thoughts on improving the game

By SpringBootApplication, April 17, 2019 in Suggestions