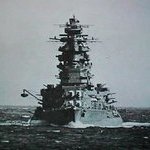 By Pulveron, September 4, 2018 in Newcomers Zone