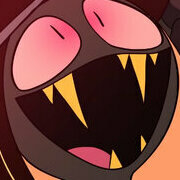 You think WG will be kind and let us fully refund Musashi?

By Torchie, February 14, 2018 in General Discussions