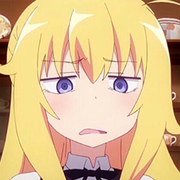 Is there any anti-cheat update?

By Asaka_Ailibeier, August 16, 2017 in Suggestions