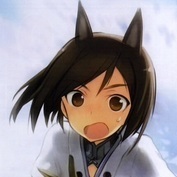 Your guide to Ranked Battles!

By Fadhz, December 1, 2015 in Game Guides and Tutorials